The Englishman, who has now won in four different decades on the European Tour, maintained his overnight lead and remained ice-cool on a beautiful day in Abu Dhabi to win the prestigious Falcon. Trophy with five birdies and one bogey on his card. The trophy was Westwood’s first victory on the European Tour since the 2018 Nedbank Golf Challenge as he became the fourth Englishman to lift the iconic Falcon Trophy.

Commenting on his memorable win, Lee Westwood said: “I’m ecstatic. It’s been a good week. During the round I wasn’t really paying attention to what anyone else was doing. I was trying to control me, my emotions and my golf swing. I managed to do that well despite a slip-up at 16. I’m really pleased with how well I controlled myself all week. It’s nice to come out and keep proving that have you still got it.”

English compatriot, Tommy Fleetwood, charged up the leaderboard on the final day to finish tied-second with a sensational bogey-free round of 63 (-9) to equal the lowest round of the day alongside Victor Perez. Fleetwood has enjoyed enormous success in the Abu Dhabi HSBC Championship presented by EGA having claimed back-back victories in 2017 and 2018 and will be pleased with another strong performance in the desert.

Reviewing his week, Fleetwood commented: “It was a really good day. I felt that I got gradually better and better throughout the week. I struggled on Thursday but had a good practice session and then played well on Friday in tough conditions. I played so well yesterday but hit some ropey drives and missed a few putts. Today, I just went out and played great. It’s been a really enjoyable week.”

Frenchman, Victor Perez, also carded a remarkable 63 (-9) to finish one place short in his efforts to capture a second European Tour title, despite a magic eagle on the par five 18th. Matt Fitzpatrick, the third Englishman in the top four, put in another impressive performance on the big stage to post a 67 (-5) and send a strong message to Padraig Harrington that he belongs on the Ryder Cup team once more.

Discussing his round, Perez stated: “It was one of those days where you get into the flow of things and play well. Obviously, I felt like I needed to have a good round and I’m pleased I did that today.”

Matt Fitzpatrick added: “I feel good about today’s round. Apart from one missed putt I wouldn’t take a shot back and that’s a great feeling. It wasn’t enough to win but it was a strong week.”

At the prize giving, Westwood humbly received his first Falcon Trophy from Sheikh Nahyan bin Mubarak Al Nahyan, Minister of Tolerance and was also awarded a unique, traditional Arabic bisht. Highly coveted in the region, the bisht is a fine coat that slips over the Kandoora. Designed with beautiful golden embroidery and two strings as a closure, the bisht is a chic garment that is usually worn at major events.

Sheikh Nahyan bin Mubarak Al Nahyan, Minister of Tolerance, said: “Our wise leadership team is keen on supporting and developing the sports sector in this country. It is one of the most important sectors and an essential component in every developed country.

Every year, and for 15 successive years, this distinct championship has ended with significant outcomes in all respects. To see fans and visitors from all around the world gathering here in Abu Dhabi reflects the UAE’s message and approach to tolerance, and the true genuine values, customs and traditions of the UAE people.

Congratulations to Lee Westwood and I extend my appreciation to all the sponsors and organisers for pulling such a great event.”

H.E. Aref Al Awani, General Secretary of Abu Dhabi Sports Council, stated: “I would like to congratulate Lee Westwood on his victory in the 15th edition of the Abu Dhabi HSBC Championship presented by EGA. This year’s attendance has exceeded all expectations, which came as the result of the amazing media and marketing campaign that was launched for this Championship, which has contributed to the attraction of golf fans from all over the world. I would also like to thank the media for all their efforts covering the tournament.

This event is only the start of a series of international sporting occasions that will bring more World Champions to the Abu Dhabi, which falls in line with Abu Dhabi Sports Council’s commitment, and the approach adopted by the capital to be at the forefront of the global sports scene.

Finally, I would like to thank all sponsors and supporters, and to everyone who contributed to the success of the 15th edition of the Abu Dhabi HSBC Championship presented by EGA.”

“This is why Emirates Global Aluminium has supported the development of world-class golf in the UAE since the early 1990s – it’s another way we can contribute to the development of the UAE which is making modern life possible. We believe the Abu Dhabi HSBC championship presented by EGA is a great event for the Emirate and we are proud to support this edition.”

Abdulfattah Sharaf, CEO HSBC UAE and Head of International said: “Huge congratulations to Lee Westwood, our deserving Champion at the end of a wonderful week of golf in the capital. Once again we’ve witnessed special moments for the sport which is clearly thriving in the UAE. From creating once in a lifetime opportunities for our HSBC Future Falcons to play alongside the best players in the world, to a Fan Village filled with families and world-class performances by the game’s elite, we’ve had it all. Thanks to the commitment of our partners and all involved, the future of this sport we love so much is in very good hands.”

The 15th edition of the tournament, hosted at The Abu Dhabi Golf Club joined the Rolex Series, which features the European Tour’s premium events, staged in a variety of golfing locations around the world, each with a minimum prize fund of US$7million. As in 2017, the Rolex Series comprises eight events, and showcases innovation, enhanced broadcast and digital coverage and world class players. 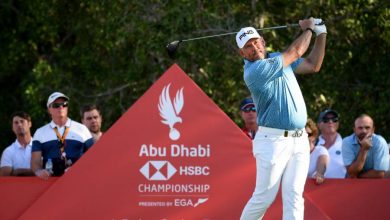 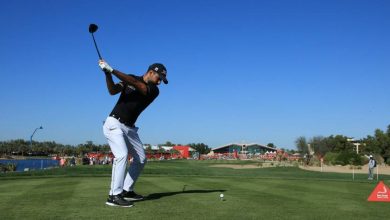 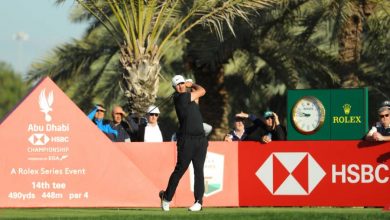