Ahmad Skaik will go head-to-head with a host of Major winners and Ryder Cup stars when the Golf in Dubai Championship presented by DP World gets underway after the Number One National golfer in the UAE received an invitation to play from the European Tour.

The Golf in Dubai Championship presented by DP World will be held over the Fire course from Wednesday 2 to Saturday 5 December. The new tournament precedes the season-ending DP World Tour Championship, Dubai – the final Rolex Series event of the season – as the European Tour returns to Dubai for back-to-back weeks.

“When the Emirates Golf Federation called and told me I had been invited it was a big shock,” said Skaik. “I was very surprised as we’ve not been out of lockdown for too long so I’ve only played in two events. Getting invited to such a big event like this is a dream and it’s going to be great way to kick-start my season.”

Skaik will be no stranger to rubbing shoulder with the likes of two-time Race to Dubai winner Lee Westwood and Major winners Danny Willett and Martin Kaymer after the UAE National played in the Abu Dhabi HSBC Championship earlier this year.

The 23-year-old cemented his spot in the first Rolex Series event of the season after finishing as the leading Emirati in the Abu Dhabi Amateur Championship and he’s hoping to build on that experience when he takes on the Fire course.

“I can take many things from my experience at the Abu Dhabi HSBC Championship,” he said. “When I played there I was very nervous at the beginning and I let that affect my game throughout the tournament, so hopefully this time I will know how to deal with it in a better way.

“I’m quite familiar with the Fire course as I used to play at Jumeirah Golf Estates almost every day a few years ago. I haven’t played as much recently but I went last week and have seen some changes being made, the fairways are tighter but I think I should be fine.”

The tournament will be made even more special for Skaik with the first round being played on UAE National Day. To celebrate the 49th National Day, the European Tour has given the Skaik the honour of being the first player to tee off.

“I am very excited, it is an honour for me to represent my country and to be out there on National Day is truly special,” he said. “For me to be the first player to tee off is historic and I will be able to say in the future that I was the player that kickstarted this event.”

Skaik will also come into the event with a helping hand from one of Ryder Cup Europe’s biggest stars Ian Poulter. The 12-time European Tour winner has been mentoring the youngster for the last few months in conjunction with his work as a DP World Ambassador.

“Having Ian Poulter as a mentor has been a very good experience,” he said. “He’s such a big player with so much experience. When I was growing up I would watch the likes of him before I even started playing, so it’s a dream come true to be able to talk to him privately and get some knowledge and confidence and put that into my game.” 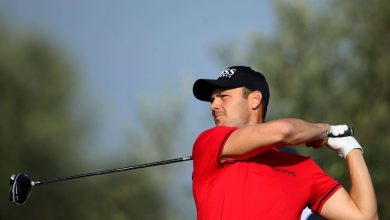