A new three year agreement with title sponsors Dubai Duty Free headlines a number of important announcements unveiled by The European Tour today in relation to the 2016 Irish Open. Following the huge success of the championship at Royal County Down in May – a ‘sold-out’ tournament, which attracted more than 100,000 fans in Dubai Duty Free’s first year of involvement – the world’s leading airport retailer’s significant investment until 2018 is a major boost for the tournament.

In addition, four-time Major Champion Rory McIlroy has confirmed he will continue as tournament host on behalf of his charitable foundation for the next three years, starting with next year’s tournament which will be played at The K Club in County Kildare from May 19-22.

In a further significant move for the Dubai Duty Free Irish Open Hosted by the Rory Foundation, The European Tour is also delighted to announce the prize fund for the 2016 championship will increase by 60 per cent, rising from €2.5million this year to €4million for next May’s edition. It means the Irish Open will have one of the highest prize funds on The 2016 Race to Dubai outside the Major Championship and World Golf Championship events.

McIlroy welcomed today’s announcements saying: “The Irish Open has always meant so much to me, so I am really excited to announce my commitment to host the tournament, on behalf of the Rory Foundation, for the next three years.

“I was delighted with the support I received, not only from the players who competed this year, but also from the fans who came along to the Irish Open at Royal County Down in May – they made it another sell-out tournament. I am sure The K Club – on the 10th anniversary as host of the 2006 Ryder Cup – will be an excellent venue for the 2016 Irish Open.”

The company is also a keen supporter of tennis – through the Dubai Duty Free Tennis Championships – and horseracing, particularly as sponsor of the Dubai Duty Free Irish Derby, one of Ireland’s most prestigious races which is held at The Curragh in June.

Colm McLoughlin, Executive Vice Chairman of Dubai Duty Free said: “We are delighted to announce our title sponsorship of the Irish Open after a terrific inaugural sponsorship year in Northern Ireland earlier this year. The fact that the Rory Foundation will continue to host the event was central to our decision moving forward. We are also pleased that as a result of our sponsorship commitment, The European Tour has announced an increase in prize money to €4million making it very appealing for international players to participate. The staging of the 2016 tournament at The K Club, which has recently undergone a major expansion, is another positive. With all these things combined, we are looking forward to a great event next May.”

It will be the first time The K Club has hosted the championship and will come ten years after it staged The 2006 Ryder Cup, where Ian Woosnam memorably led Europe to a record-equalling 18½-9½ victory over the United States and 25 years since it opened. The K Club previously hosted the European Open from 1995 to 2007, a tournament which boasted an illustrious list of winners including Major Champions Michael Campbell, Darren Clarke, Retief Goosen and Bernhard Langer, alongside former European Tour Number Ones Colin Montgomerie and Lee Westwood.

Sir Michael Smurfit, owner of The K Club, said: “I am delighted that in conjunction with The European Tour, the Rory Foundation and Dubai Duty Free have chosen The K Club as the venue and home for the 2016 Irish Open.

“I am confident that the team at The K Club will extend their warmest hospitality to Rory and the players, his guests and the sponsors Dubai Duty Free and make all concerned proud as we showcase the best in golf, luxury, Irish warmth and hospitality. I am sure I am joined by all at The K Club and associated, including our members, in looking forward to what promises to be a momentous occasion.”

Keith Pelley, Chief Executive Officer of The European Tour, said: “The Irish Open is one of the most prestigious and most eagerly anticipated tournaments on The Race to Dubai, and having two powerful global brands in Dubai Duty Free and Rory McIlroy supporting the event as well as a record prize fund, will ensure that continues.

“We are delighted that Dubai Duty Free have pledged themselves to the tournament through until 2018 and we thank them for their continued commitment and vision, not just to the Irish Open but to The European Tour as a whole.

“Rory is a loyal supporter of The European Tour and the Irish Open, and he is one of the game’s most recognisable superstars who helped attract a world-class field to this year’s tournament. Naturally we are thrilled he will continue as host of the Irish Open for another three years.

“We are also very happy to be taking the tournament to The K Club. I vividly remember watching The 2006 Ryder Cup and thinking what a stunning venue it was and I know all our Members will look forward to testing their games against this world-class layout.”

Denmark’s Søren Kjeldsen is the reigning champion of the Dubai Duty Free Irish Open Hosted by the Rory Foundation after prevailing in a three-man play-off with Austrian Bernd Wiesberger and Englishman Eddie Pepperell at Royal County Down Golf Club to claim his fourth European Tour title.

The Irish Open has a rich history, having been an ever-present on The European Tour since 1975. Its list of champions reads like a Who-Who of golf itself and features players such as Major Champions: Seve Ballesteros, Michael Campbell, Ben Crenshaw, Sir Nick Faldo, Hubert Green, Padraig Harrington, Bernhard Langer, José Maria Olazábal and Ian Woosnam, alongside eight-time European Number One Colin Montgomerie.

Mcilroy hangs on to win a second Dubai Double

Mcilroy hangs on to win a second Dubai Double 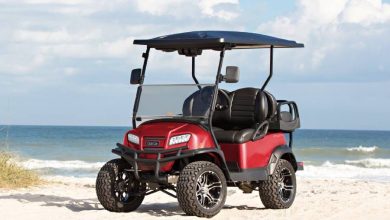 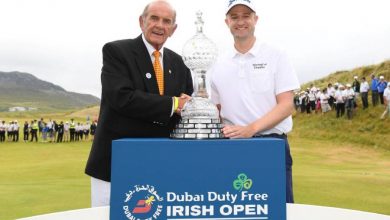