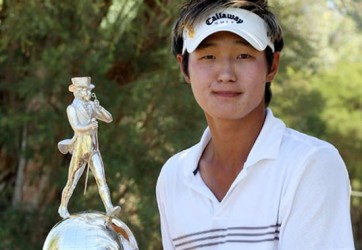 Over the past 19 years, the Johnnie Walker Classic has been played in eight different countries and 13 different golf clubs around the Asia Pacific region, including China in 2005 and for the first time last year India, reflecting the brand’s “Keep Walking” philosophy of continuous progress.

It was the tournament’s fourth visit to Perth and two of the game’s most flamboyant characters  – Ian Poulter and Camilo Villegas – will strut their stuff at the magnificent Vines Resort and Country Club alongside the explosive talents of Paul Casey and Anthony Kim; European Ryder Cup Captain, Colin Montgomerie; Australia’s most famous ‘Great White Shark’, Greg Norman, and one of golf’s permanent class acts, Lee Westwood.