The MENA (Middle East and North Africa) Golf Tour will travel to Saudi Arabia for the first time later this year when the Dirab Golf and Country Club plays host to one of the six events on the tour’s expanded schedule from October 8 to 10.
The tour, now in its second edition, boasts a combined prize fund of $325,000 which is a good $100,000 more than that of the inaugural year.

A superb new initiative by the Shaikh Maktoum Golf Foundation, the tour featured four stops – all in the UAE – in the opening season in 2011, and they remain on board this year as well, but the added feature of the 2012 Tour Schedule is the inclusion of two more events, one each in Dubai and Saudi Arabia.

The tour, which is affiliated to R&A — the worldwide golf governing body based at St Andrews — and the Arab Golf Federation, kicks off at Dubai Creek Golf and Yacht on September 24, 2012 while the season-ending MENA Tour Championship will be held at Al Ain Equestrian, Shooting and Golf Club from October 29 to 31.
Each tournament, which carries World Ranking points, will be a minimum of 54-hole stroke-play event with the top 50 plus ties going forward to the final round.

The top three professionals and the leading amateur on their respective Orders of Merit will be invited to compete in the 2013 Omega Dubai Desert Classic in continuation of the tour’s policy to substantially enhance the careers of its members.
“We are delighted to announce that Saudi Arabia will be part of our MENA Tour this year and I would like to thank the golfing authorities there for providing all the support we need to put together a first-class event,” Mohamed Juma Buamaim, chairman of the MENA Tour, said at a Press conference held at Dubai Creek Golf and Yacht Club.
“We would be more than pleased to see home-grown Saudi talent vie for honours in the event in the near future,” he said.
The tour event will also provide Saudi Arabia with an opportunity to showcase their golfing facilities to the world. Located 45km south west of Riyadh, the Dirab Golf & Country Club is the only grassed 18-hole Par 72 Championship course in the Kingdom of Saudi Arabia. Nestled in the picturesque Tawfiq valley, the club features lush tree-lined fairways and perfectly manicured greens.

“The MENA Golf Tour is unique in the sense that it’s open to amateurs as well. One of our major aims is to develop these amateurs who represent their countries, and they are the ones who could play a role in bringing more people in the game,” he said.
Adel Zarouni, secretary-general of the Arab Golf Federation, lauded the tour, saying it will give the emerging amateurs from the region, in particular, a perfect platform to hone their competitive edge.”
The Arab Golf Federation, he said, would do its best to encourage countries under its umbrella to host a tour event in the near future. “We have many countries like Lebanon, Morocco and Tunisia who have shown their interest in the tour. I am sure the tour will expand further in years to come.”

He also praised the Shaikh Maktoum Golf Foundation for awarding a six-month golf scholarship to Morocco’s Ahmed Marjan, who topped the 2011 MENA Golf Tour Order of Merit for amateurs. “Their gesture will encourage other promising Arab players to work hard on their game.”

Mustafa Al Hashmi, manager of Dubai Creek Golf and Yacht club, said: “We are delighted to be part of the tour. These are exciting times at the club and we are looking forward to hosting the opening event of the 2012 MENA Golf Tour.”
The club, he said, is no stranger to international events, having successfully hosted the GCC Championship, the Omega Dubai Desert Classic and the Asian Tour events in the past. “The Mena Tour event will be a new experience and we will try and do our best to ensure the course is in superb condition.”

The press conference was also attended by James Shippey of Al Badia Golf Club, Simon Payne of Tower Links Golf Club and Gavin Chappell of Al Ain Equestrian, Shooting and Golf Club.
The first edition of the MENA Tour was quite a success in every sense of the word. The fact that it attracted players from 25 countries showed the tour was well received globally. The region was also well represented with the Moroccans leading the entries with 11 players.
The highlights of the Tour, produced and edited by Dubai-based Taj Television network, reached over 390 millions of homes in Europe, Australasia, Africa and Middle East, Central and South America, North America and Asia Pacific through the Golfing World programme. It also generated hundreds of print and online articles. 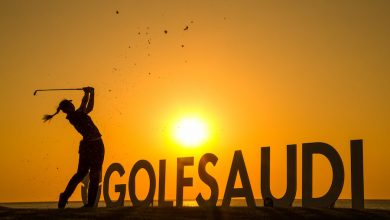 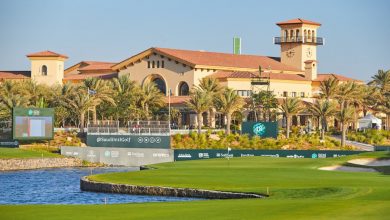 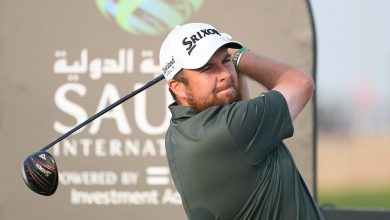