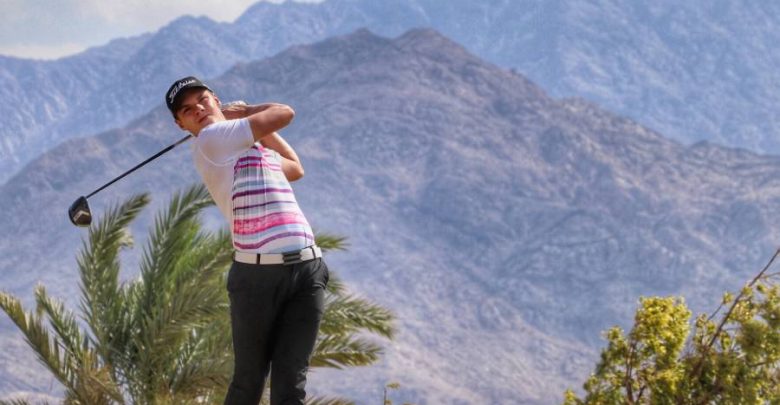 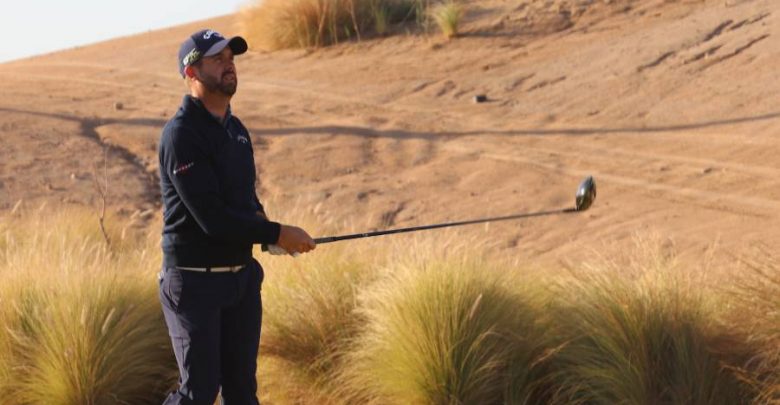 In what can only be termed a historic moment for the MENA Tour by Arena, members Matthew Baldwin and amateur Curtis Knipes have secured their spots at the 148th Open Championship at Royal Portrush.

The much anticipated Open, which is returning to Northern Ireland for the first time since it was last held at the iconic golf course in 1951, begins later this month from July 18-21.

The 33-year-old Baldwin, from Southport, currently leads the Tour’s Journey To Jordan (Order of Merit) by $2,530 over Frenchman Robin Roussell.

Knipes, from Chelmsford and just 18, is the Amateur Order of Merit leader enjoying a healthy lead of nearly 1,670 points over Josh Hill.

Also qualifying for the final major championship of the season is England’s Callum Shinkwin, who won the Omega Dubai Desert Classic Shootout on the Tour in January.

As many as 288 players teed up for the 36-hole shootout at four venues across the UK for a shot at 12 spots – three from each venue.

Knipes and Shinkwin topped the Final Qualifying tournament at Prince’s in Kent with scores of nine-under par. Knipes shot 67 in the morning and followed it up with a 68 in the afternoon. Shinkwin, who also won the qualifying event for the Abu Dhabi HSBC Championship a few days before his triumph at Dubai Hills, started with a 70 but was brilliant in the afternoon as he returned a card of 65.

Baldwin led at St Annes Old Links with a superb seven-under par 65 round. He then rounded off with a two-under par 70 to finish on nine-under par as well, good enough for a solo third place and a fifth appearance at a major championship.

“This is a historic moment for the MENA Tour,” said David Spencer, Strategic Advisor to the Tour. “On behalf of the Tour, the entire staff and all our sponsors, our heartiest congratulations to Matthew Baldwin and Curtis.

“We have two full members at Royal Portrush, and Callum effectively kickstarted our revamped Tour when he won the Omega Dubai Desert Classic Shootout.

“Let’s also not forget that two of our past champions – Jazz Janewattananond and Robert MacIntyre – have also qualified for the Open Championship. So we effectively have five players with MENA Tour connection in a world-class field of 156.

“We have set out with the objective of creating the finest development Tour in the world, and these are moments which help us rededicate ourselves to the cause with a new zeal.”

Thailand’s Janewattananond, winner of the 2017 Mahasamutr Open on the MENA Tour, has been in great form recently. He punched his ticket to the Open Championship by winning the SMBC Singapore Open in January, which was part of the International Qualifying Series.

Scotland’s Robert MacIntyre, winner of the 2017 Sahara Kuwait Golf Championship, is now on the European Tour and made it to the Open as one of five players ranked inside the top-20 of the current Race to Dubai who hadn’t already qualified.

Knipes, who played at Royal Portrush last year in the Boys Amateur and got to the last 16, came through the Regional Qualifying before his remarkable performance on Tuesday.

“It’s huge to get into The Open – the best competition in the world. I wasn’t that nervous, I had nothing to lose,” said Knipes.

The MENA Tour by Arena is returning to the world schedule after a year of restructuring and will feature 10 tournaments in 2019. It will continue to provide Official World Golf Ranking (OWGR) points, thus making it a perfect pathway for ambitious young professional to the bigger tours, and for the players from the region to qualify for the 2020 Olympic Games in Tokyo.

The first half of the 2019 season, comprising five tournaments and the Qualifying School, was held in February and March this year with Matthew Baldwin leading. The second half of the schedule begins with the Journey To Jordan-2 at Ayla Golf Club in Aqaba, Jordan, from September 29.