At Yas Links Abu Dhabi, the conditions were far easier in the second round than the first when players faced wind speed of up to 40-50 kmph. However, more challenging pin placements kept the scoring down, and James Allan surged ahead with what eventually proved to be the joint best round of the day.

It was a bogey-free effort by the man from Chelmsford, who turned 25 yesterday. Two early birdies – on the second and fifth holes – set the tone for his day. He then had an eagle three on the par-5 seventh hole, where he smashed a big drive and then struck a seven-iron to five feet. A birdie on the 11th hole proved to be his last of the day as he parred his way in for an 11-under par total.

On the amateur leaderboard, Dubai-based 15-year-old Josh Hill (72) continued to be on top despite finishing his second round with three successive bogeys. He was on three-under par 141, with Jack Floydd (73) and Ben Davies (72) trailing him by two shots at 143.

The cut was applied at three-over par 147 and 51 professionals made it to the final round.

Allan, a two-time MENA Tour Amateur Order of Merit winner, is yet to win a recognized Tour event, and Wednesday would be a great opportunity to address that and give himself a perfect birthday gift.

“I started solid and that eagle on the seventh gave me a jumpstart. I had a few chances on the back nine but could not make any of them. The last four holes were playing really tough today, into the wind, so I was quite pleased with that effort,” said Allan.

“Tomorrow, I want to do the same things I did on the first two days. I am actually enjoying myself on this golf course. I just want to go out there and give my best and let’s see where that takes us.”

Killen, who played on the MENA Tour in 2016 and 2017, is another player looking for his first win in a recognized Tour event.

“Considering that I shot a 68 yesterday in those difficult conditions, a 67 today would not sound that good, but I will take two solid rounds like that any day. I just made one bogey yesterday and one today and managed to keep myself out of trouble for most part, and when I did get into trouble, I scrambled well,” said the 30-year-old, who plays on Asian Development Tour.

“A win would mean a lot to me. I have worked very hard on my game in the last couple of years. Hopefully, I can get it done tomorrow, but I don’t want to think about it just yet.”

Amateur Robin ‘Tiger’ Williams, who won the Journey To Jordan-2 last week by eight shots, was at even-par 144 after a round of 71. 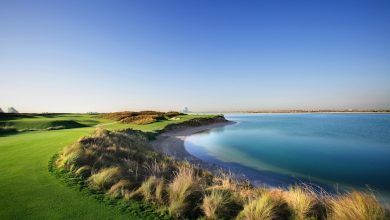 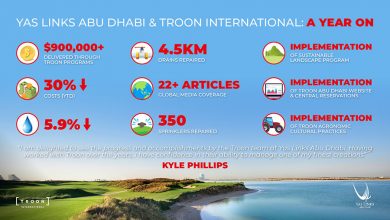