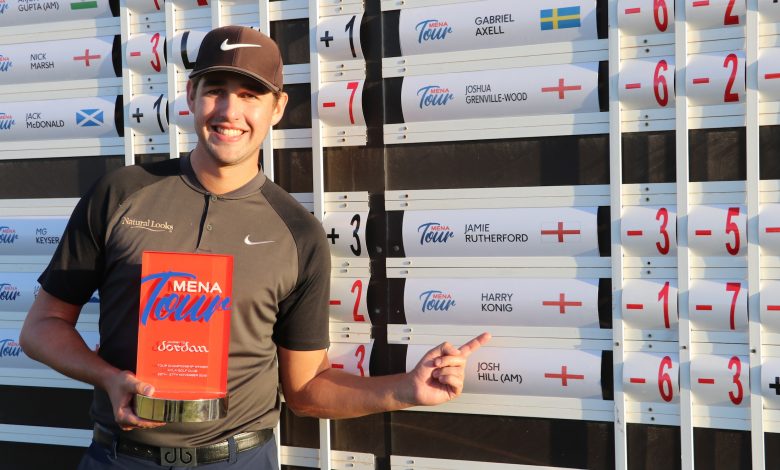 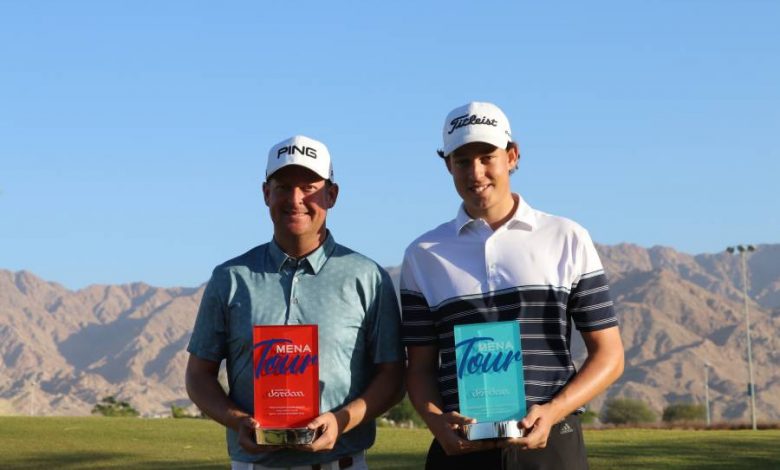 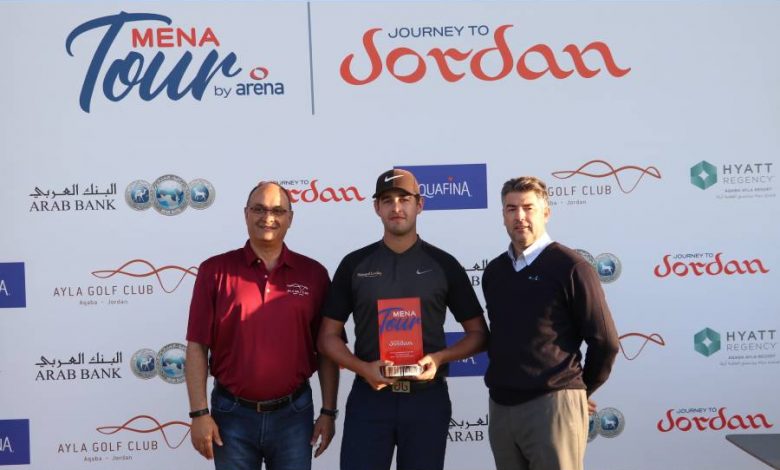 Exactly three years to the date after turning professional, England’s Harry Konig won his first title in dramatic fashion at the $100,000 Journey to Jordan Tour Championship, the season-ending event on the MENA Tour by Arena, on Thursday.

At the Greg Norman-designed Ayla Golf Club, the 24-year-old from Devon seemed out of the reckoning when he was three-over through eight holes. But he first holed his wedge third shot for an eagle on the par-5 ninth, and then played the last five holes to four-under par to finish on 11-under par 205.

England’s Joshua Grenville-Wood (70) looked all set to secure his first win as a professional as he reached the par-5 17th hole at 12-under par, but finished with two straight bogeys, including a missed par putt from less than three feet on the last to force a play-off.

Challenge Tour stars Todd Clements (67) and Jamie Rutherford (70) of England and Sweden’s Henric Sturehed (69) were already in the clubhouse at 10-under par and Grenville-Wood made it a four-way tie at 206.

South Africa’s MG Keyser and Dubai-born, 15-year-old Josh Hill both had rounds to forget but seasons to remember when they won the Professional and Amateur Journey To Jordan (Order of Merit) respectively.

Keyser shot a 79 to finish tied 36th, but the only two players who could have prevented him the honour – Australia’s Daniel Gaunt (69) and England’s James Allan (72) – finished tied for 16th place, which wasn’t enough.

Hill, who broke the record of Japan’s Ryo Ishikawa to become the youngest winner of an OWGR-recognised event last month at the Al Ain Open by Arena, was leading at the start of the day, but just could not get going on the final day to finish tied ninth and five-under par.

Konig had birdied five of the last six holes in the second round, but he saved the best for last. On the par-4 18th that was playing straight into the wind, he hit a brilliant four-iron shot from 193 yards to less than a foot for the all-important birdie.

“I just can’t believe it. It’s an experience that I have never felt before, so I am lost for words. I was never in touch of winning and then I had that finish,” said Konig, who dedicated the win to his late friend Charlie Watson, who passed away two years ago.

“I was playing so bad. And like yesterday, I just told myself to start playing aggressive again and start going for the flags.

“It’s quite a coincidence that I played my first tournament as a professional on 28th November, 2016, in Spain on the Gecko Tour. And it’s been three very difficult years. Professional golf is hard. I had spoken to my parents and was planning to give up playing competitive golf next year. And then this happens. I think I will continue playing.”

As the Tour Championship winner, Konig has won himself a start at the $750,000 Indonesian Masters on the Asian Tour next month. He also gets a spot in the Omega Dubai Desert Classic for finishing second in the Final Five Order of Merit. Keyser won the mini Money List for the last five tournaments, but he already got his spot through winning the overall Journey To Jordan.

Keyser, who finished with total earnings of $45,153 from the season, said the Journey to Jordan win had the potential to change his future.

“I think one of the things every professional golfer looks for is consistency, and that was one of the most pleasing aspect of my season,” said Keyser, who did not miss any cut this year.

“I am planning to play more in Europe and this gives me two starts on the European Tour and also in the Diamond Cup in Japan. These are great opportunities and it is now up to me to make the most out of it.”

The disappointment of being unable to add a second title this year did not last long for Hill.

“I am very excited and I am looking forward to playing at the Omega Dubai Desert Classic. I have been to every tournament since I was a five- or a six-year-old and remember getting amazed by the number of people that walked with Tiger Woods’ group when I was there the first time,” said Hill.

“It’s been an amazing season for me, one in which I have learned a lot on the MENA Tour playing with all the professionals. I think I have grown as a player. I wanted to finish top-10 in at least a couple of tournaments this season, but I have surpassed my expectations. The win at Al Ain was definitely the highlight of the season.”

The 2020 season of the MENA Tour begins with two stages of the Qualifying School, to be played January 20-23 and January 26-29 at Ayla Golf Club in Jordan.