English ace Smith knows a thing or two about the stunning Al Hamra Golf Club, which meanders around four inter-connected open water lagoons merging seamlessly with the water of the Arabian Gulf, having won the inaugural Ras Al Khaimah Golf Challenge in 2016.

“I’ve obviously got very fond memories of Al Hamra Golf Club and Ras Al Khaimah,” said the 25-year-old, who finished the 2016 season as Challenge Tour No.1 as a result of his victory in the northern emirate. “It was a fantastic place to get my second Challenge Tour win of the season and it helped me top the Rankings which was great.

“The 18^th always comes to mind when I think of Al Hamra, it’s definitely the signature hole of the course with water all the way down the right but it’s reachable in two which makes it really exciting. I’m sure the Challenge Tour class of 2018 will enjoy the challenge as they aim to finish the season in the top 15 and secure their European Tour playing privileges for next season.

“I try and get down to the emirate a couple of times of year as it’s such a beautiful place. I visited just before the tournament last year and the course was in very good condition; you would never have guessed that it was the tail-end of a scorching summer season in Ras Al Khaimah. I’m sure it will be of the same standard this year and if the guys can keep the ball straight off the tee and stay away from the lagoons, the course can be relatively straightforward but with so much at stake it will definitely test the field.”

Kinhult, who was Smith’s final round playing partner in 2016, also has fond memories of the course after finishing tied for fourth in 2016 before a top 20 finish the following year helped him on his way to a European Tour card for the 2018 season.

“Ras al Khaimah is a really stunning place and Al Hamra Golf Club is a brilliant golf course,” said the 22-year-old. “The course can be pretty straightforward as everything is right in front of you and the weather is always beautiful but the 18^thhole will be a challenge for all the golfers in contention for a European Tour card. It’s going to be a great course for the Grand Final.

“The first year I played there I was in contention for the title and that was probably the first time I had been up there in a Challenge Tour event so that was really good fun. You have mixed feelings towards the back-end of the season, you’re all challenging for a European Tour card but only 15 players get their hands on one so you can get nervous and feel the pressure but I used to get a kick out of it! It’s a special feeling and if you play well you’ll be up there at the end of the season.”

The Swede has enjoyed a fine maiden season on the European Tour and is currently ranked 44^th on the Race to Dubai, ensuring he will make his debut at the season-ending DP World Tour Championship next month.  Joining Kinhult in Dubai from the Challenge Tour Class of 2017 will be Erik Van Rooyen  who has five top tens to his name in 2018 including a second place finish at the Joburg Open to leave him in 35^th place in the Rankings whilst Jens Dantrop, Aaron Rai, Julien Guerrier, Tapio Pulkkanen and Steven Brown all held on to their European Tour playing privileges after finishing inside the top 116 of the Rankings following the  Andalucia Valderrama Masters hosted by the Sergio Garcia Foundation.

As well as all the action on the course, Ras Al Khaimah is renowned for providing thrilling outdoor activities in and around the stunning Jebel Jais, the UAE’s highest mountain range. The Via Ferrata hiking, biking and climbing routes have all gained top Tripadvisor ranking among the emirate’s attractions after welcoming thousands of active adventurers in its first six months of operations.

Fans will also be able to experience a thrill like no other at Jebel Jais, where temperatures are 10 degrees cooler than sea level, with the northern emirate home to the World’s Longest Zipline: Jebel Jais Flight.

Measuring 2.83km and officially certified by Guinness World Records as the World’s Longest Zipline, thrill-seekers fly at speeds of up to 150kph, high above the 1,680m high, Jebel Jais mountain. After completing the first zipline, guests will reach a suspended landing platform, which is the first of its kind, before being transferred to a second zipline measuring 1km to complete the journey back to the ground. Since opening in February 2018, this global bucket list attraction has achieved a strong following from adrenaline junkies across the world and has received over 10,000 guests in first half of the year. 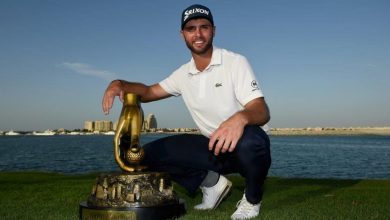 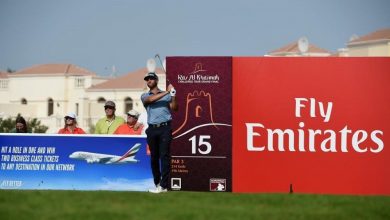 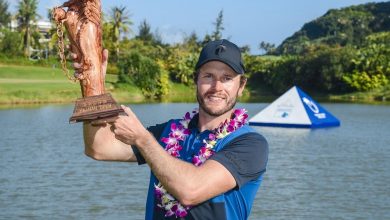 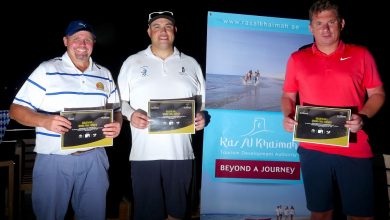 Three local Amateurs to play alongside stars of tomorrow