This league that is open to all Emirati junior golfers is under the patronage of the Shiekh Diab Bin Saif Al Nahyan, Emirates Golf Federation (EGF) organizes. This being the fifth event the EGF is starting to see improvement in many of the junior golfers game.

The 5th AJYAL Golf Championship event was hosted on the Academy Course at Yas Link Golf Club –Abu Dhabi. This Par 3, floodlit course, plays over 1135 yards and is suitable for all ages or skill levels. The Yas Links Abu Dhabi Championship Course and Academy Course are both designed by world-renowned golf course architect, Kyle Phillips.
Winning the A-Division with a gross score of 38 was Khalid Al Mutawa from Abu Dhabi. The A-Division was played over 9-holes, in those 9-holes Khalid carded four bogies. Khalid won by 5 strokes.
Finishing in second place was Reema Al Heloo of Dubai, with a gross score of 43. Ending in third place was Mohammed Abdulla Saeed from Dubai. Mohammed had a gross score of 44.

In the B-Division, which was played over 6-holes, Alia Emadi of Dubai won the first place prize. Alia shot a gross score of 33 with one bogie and two double bogies. Alia won by six stokes
Coming in second place for the B-Division was Hamed Humid of Ajman. Sheika Sheikha Bint Diab Al Nahyan of Abu Dhabi finished in third place. Both players shot a gross score of 39 but after the last three-hole count back, Hamed secured the second spot.

The sixth and final event of the AJYAL Golf Championship – Par 3 League will take place on Friday, April 25, 2014 at the City Club Abu Dhabi. The EGF is excited and looking forward to this final event as the league is excepting to have a good turn out from the junior golfer and their families.
Caption – Participants at Yas Links Golf club 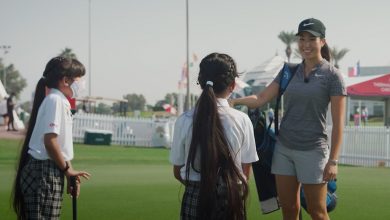 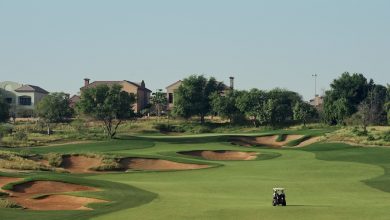 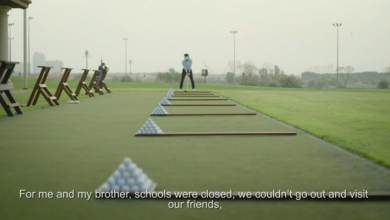 Out of the rough 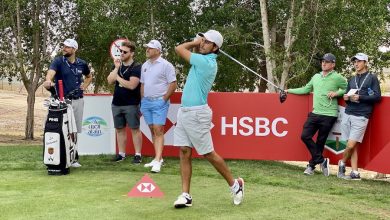