Dutchman Joost Luiten’s victory in the Iskandar Johor Open boosted his chances of grabbing a slice of the US$7.5million Bonus Pool awarded to the top 15 players in The Race to Dubai as the season heads for the climactic Dubai World Championship presented by DP World on December 8-11.

The 25 year old moved from 26th place to 18th thanks to the €252,580 first prize won in Malaysia, and has two events remaining – the UBS Hong Kong Open and the Dubai World Championship – to earn enough to break into the top 15.

“I can’t wait for the Dubai World Championship, it should be a great week,” said Luiten, who this week is representing the Netherlands in the Omega Mission Hills World Cup.

“Obviously I’m in great form going into the tournament, so hopefully I can keep it going. Finishing in the top 15 would obviously be great, but there are so many good players on The European Tour so it’s going to be hard.

“I finished 26th in Dubai last year, which wasn’t bad but I played poorly on the final day, after a very good third round. So that was disappointing, but maybe it was because it was my first time there and I was a little bit nervous.

“This time, having just won my first tournament and played in the World Cup, I’m sure I’ll be much more relaxed and I’m confident of doing well. A good week there would round off the best season of my career very nicely.”

Only the top 60 players in The Race to Dubai after next week’s UBS Hong Kong Open qualify to play in the Dubai World Championship, played over the Earth course at Jumeirah Golf Estates, and Scotland’s Peter Whiteford will have that in his sights after rising from 72nd to 62nd courtesy of tied third place in the Alfred Dunhill Championship, which was also played last week.

Whiteford’s compatriot George Murray was second in South Africa to jump from 106th to 77th, and he will also be hoping for a fine performance in this week’s South African Open to make the field for what promises to be a thrilling golfing finale in Dubai. 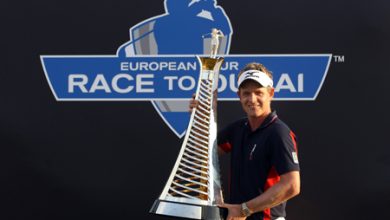 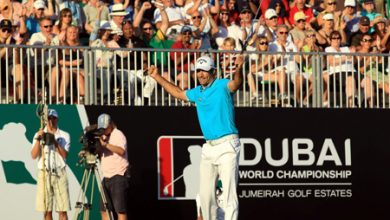 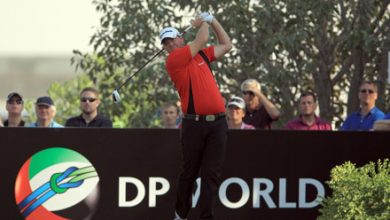