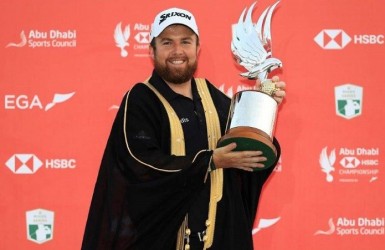 Lowry entered the day with a commanding three-shot lead but found himself four strokes behind Sterne after carding four bogeys and two birdies in his first 11 holes.

The 31-year-old rallied, though, firing back-to-back birdies at the 12th and 13th and after Sterne dropped a couple of shots coming down the stretch, Lowry made another gain at the 18th to get to 18 under par and clinch his first trophy since the 2015 WGC-Bridgestone Invitational.