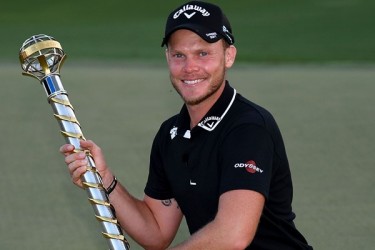 Danny Willett made a fantastic return to the winner's circle on a dramatic final day at the 2018 DP World Tour Championship in Dubai.

Willett who was in prime position way back in April 2016 when he claimed a maiden Major Championship at the Masters which remained the last time he had tasted victory at a major event.