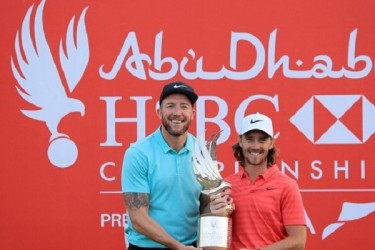 The 27-year-old stormed home in just 30 strokes to complete a closing 65, with his 22-under-par total giving him a two-shot victory over fellow Englishman Ross Fisher.

The returning Rory McIlroy finished in a share of third on 18 under after his challenge stalled somewhat on the back nine, alongside another of the English contingent in Matt Fitzpatrick.