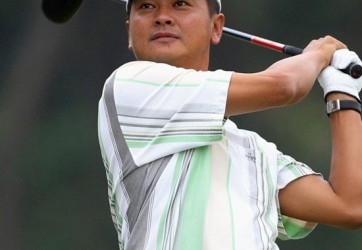 The Asian Tour regular had failed to hole a birdie putt from six feet on the last during regulation play so entering a three way play-off with McIlroy and Molinari after the trio finished on 15 under par after 72 holes.

Molinari was eliminated at the first extra hole after making par while Lin and McIlroy both birdied, meaning the two would face off again.