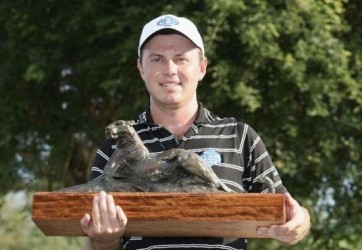 Richard Sterne clinched the Alfred Dunhill Championship by a single shot after a thrilling final round at Leopard Creek Golf Club.

The 27 year old South African carded a three under par 69 for a 17 under overall total of 271, making the most of lapses from overnight leader Thomas Aiken and American Len Mattiace, who ended day four with scores of 75 and 77 respectively.

The win propels Sterne into the top five in The Race to Dubai and makes him the first home winner at Leopard Creek since Ernie Els three years ago.